What is the World’s Largest Rabbit?

According to the UK’s Daily Mail, the world’s largest rabbit is a Continental Giant called Amy.

Amy, from Worcester in the UK, is more than 120 cm (4 feet) long and weighs as much as a medium sized dog.

Perhaps she put on 7 kilograms within a month!

In any case, whichever weight it is, this could make Amy the heaviest rabbit in the world too.

Big Appetite
Amy’s owner, Annette Edwards, says that each day, Amy goes through enough rabbit food to fill a dog’s bowl, as well as two apples, a handful of carrots, half a cabbage and fresh hay.

But Mrs Edwards insists that Amy is quite healthy and not overweight.

“She is enormous but not because she over eats on junk but because she gets plenty of exercise and eats very healthily.”

“Amy is a fussy eater, the carrots must have their green tops still on, and the hay has to be fresh and green or she won’t go near it” she continues.

There are a lot of large rabbits out there.

Here are some examples:

Herman, a German Giant reportedly weighing 7.7 kg (although he looks much heavier than that)
Rudi, also a German Giant, weighing 8.7 kg
Roberto, weighing in at 16 kilograms (possibly the world’s heaviest rabbit?)
Humphrey, weighing over 12 kg and still growing
Largest Rabbit Breed
The largest species of rabbit is the Flemish Giant. The largest Flemish Giant can grow to around 9.5 kg. The smallest weigh in at around 5 kg.

Flemish Giants are usually steel grey in colour. They are long with a large full head and the ears are long and erect.

The Flemish Giant’s diet should include plenty of fresh hay, fresh fruit and vegetables, a well-balanced dry rabbit mix and plenty of clean water.

Unfortunately, some rabbit owners cruelly over feed their rabbits in an attempt to get them into the record books. As a result, the Guinness World Records no longer lists the world’s largest (or heaviest) rabbit. 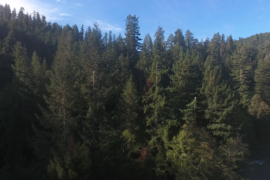 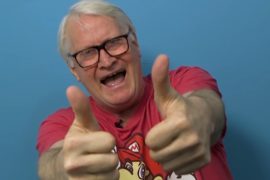