Live Earth has announced the artists that will perform for Live Earth India on December 07 this year.

Famous international and local musicians will perform at the concert that will be broadcast live around the world on the internet.

The Lineup
The full lineup to date is:

“Live Earth’s mission is to leverage the power of music and entertainment to focus the world’s attention on the most pressing environmental issues of our time and then actively affect change. The addition of these celebrated and influential artists will increase the force of our event and shine a spotlight on the challenges and opportunities surrounding climate change issues in India.” said Kevin Wall, Live Earth founder.

The concerts were hosted on seven continents, broadcast in 132 countries, and inspired 2 billion people worldwide to engage with the issues and the solutions surrounding the global climate crisis.

This year’s concert is to be held at Andheri Sports Complex in Mumbai, India on 07 December. As with last year’s event, Live Earth India will be broadcast by MSN.

Attending/Watching The Event
To attend the concert in Mumbai, you can book tickets online through BookMyShow.com

If you are unable to attend the concert in person, you can watch it online at msnindia.com/liveearth. 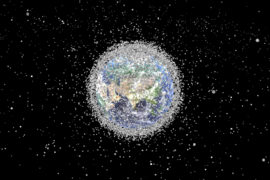