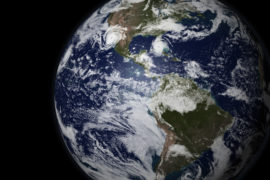 Live Earth has announced the artists that will perform for Live Earth India on December 07 this year. Famous…